Founded in 1907, Western Sierra Resource Corporation (a Utah corporation), has a 116-year history as gold and silver mining company with projects in Arizona, Nevada, California, and Mexico. The Company's missionhas, over recent years, been to reposition itself as a multifaceted, natural resource company with its focus on innovative methodologies for conservation, restoration, preservation, and beneficial use of water, land, agriculture, minerals, and energy.

In keeping with its corporate mission, on August 6, 2022, a long-standing relationship between the Principals of WSRC and Principals of Mitigation Solutions, LLC (MSL) was formalized with the contract acquisition of MSL by WRSC (as a wholly owned subsidiary). The acquisition was announced on September 20, 2022. One catalyst for this cash and stock transaction was the potential for MSL to execute a contract with the Santa Maria Valley Water Conservation District (SMVWCD) for MSL to complete a State and Federally Funded 7-to-10-year mitigation/restoration of the Twitchell Dam and Reservoir site in Santa Barbara County, CA. MSL executed a binding Memorandum of Understanding with SMVWCD on September 17, 2022 and the formal $1.5 to $2.0 Billion contract was executed by all parties on October 19, 2022. The feasibility study that ratified the formal contract was approved on January 19, 2023. Work began with mobilization of heavy equipment to the site during the week of January 8, 2023. This contract is expected to generate average annual gross revenue to the Company of $200,000,000 for up to 10 years. Additional contract mitigation opportunities are now under review.

Roger Johnson, President, and CEO of Western Sierra stated: 'We are very excited to welcome Scott Hastings and Jeff Jones to the management team at WSRC. After working with them both closely over the last 6 months it's become even more evident that they are consummate professionals with expertise in a wide range of large-scale construction, mitigation, and restoration disciplines. The depth of knowledge and experience they bring to the company - clearly demonstrated through the initial emergency mobilization phase of this first mitigation project together - dramatically expands the Company's reach into a variety of long-term revenue generating and service-related endeavors. The MSL projects these gentlemen are capable of generating, combined with WSRC's asset building endeavors - and with the benefit of WSRC‘s Dennis Atkins' (CFO/CPA) oversight, bode very well for WSRC's financial future. We appreciate the patience and support our shareholders have demonstrated through what has been an often-challenging time for capital formation and production even in a climate of remarkable opportunity.'

Prior to WSRC's acquisition of MSL, the Company met, and now substantially resolved several unforeseen events during the first six months of 2022:

In December of 2021, a Form 10 Registration Statement complete with two year's audited financial statements was filed with the SEC for proposes of changing WSRC's status as a 'current information' company to that of a 'full reporting' company. In January 2022, an additional requirement was added to include an Audited Annual Financial Statement for 2021. Audited Financial Statements (2019 and 2020) were included in the original filing. Because the Form 10 Registration Statement was originally scheduled to become 'effective' on February 21, 2022, and since the 2021 audit could not be completed until April of 2022, the Form 10 was withdrawn until such time as the 2021 audited financials could be filed. In March, 2022, the SEC notified the Company of their requirement for substantial additional documentation, which the Company then immediately provided. The year-end 2021 Audited Financial Statements (2021 Annual Report) were completed and filed on April 9, 2022. It is the Company's intent to re-file the Form 10 as soon as the 2022 audit is completed.

In February 2022, and despite strong performance during the previous 12 months, Global Hemp Group (GHG) met a delay in meeting its financial commitments to close a transaction with WSRC. This closing was integral to completion of a collaborative hemp-based Colorado real estate and agricultural project ('HAIZ'). During the previous 12 months, land had been purchased; planning and engineering largely completed; and preliminary approvals obtained. As a result of this unintended delay, the Companies, both independently and collectively, worked aggressively to arrange alternative funding through a variety of private and institutional sources.

In May 2022, WSRC executed a binding funding agreement with Beton, Inc. to provide $10 million in debt financing to close in July 2022, with an additional $15 million in the form of a prepaid five-year lease to close incrementally from July 31, 2022, through the end of calendar year 2022. Beton, Inc., due apparently to effects of the volatile 2022 alternative currency markets, was unable to consummate the secured debt financing transaction scheduled for July 31, 2022, and likewise unable to fulfill its prepaid lease obligation over the remaining 5 months of 2022.

Note: WSRC maintains ongoing communication with both Global Hemp Group and Beton, Inc. and continues to invite both companies to participate in the capitalization and restructure of collaborative projects for 2023. However, in the interim, additional third-party Institutional sources have processed and nearly completed underwriting for up to $28 million in WSRC project financing for Winter/Spring of 2023.

Current: Now that the first mitigation project is underway with MSL as a wholly owned WSRC subsidiary, the resulting multi-year net (after expense) scheduled contract revenue, combined with an enhanced borrower profile for the Company, has created additional opportunity for capitalization of the Company's other projects; among them:

The Company is actively engaged in the planning process to initiate the planting, irrigation, cultivation, and processing of industrial hemp for manufacture of 'green' building materials, and subsequent use of those materials in the construction of affordable homes in the Steamboat Springs, Colorado Resort market. Pent-up demand for affordable homes in this market is an estimated 2500 units. Traditional construction methods may be necessarily utilized for the first phase of this 870-acre PUD. The necessary commercial, residential, and agricultural acreage for this project has either been acquired or is currently under agreement to purchase.

The WSRC Helium Joint Venture being negotiated has been expanded. In addition to active helium projects the JV would also include conventional oil and natural gas exploration drilling prospects identified using proprietary and open source geological and geophysical data to identify areas with potentially significant oil and natural gas reserves. Areas within the boundary of the Helium production projects may overlap with viable oil and gas prospects. The joint venture anticipates developing, in addition to the helium opportunities, 3 to 6 oil and gas projects per year beginning in 2023.

The Company has been, (by and through its Mystere Power Group, LLC (MPG) team), developing, testing, adapting, patenting, and actively marketing a number of disruptive and innovative technologies. These technologies are focused on the reduction of energy consumption in heating and cooling (HVAC) and refrigeration systems; on effectively and non-chemically eliminating airborne pathogens in commercial buildings; on the generation of clean energy using a turbine system for cost-effective off-grid power generation; and, on utilizing air-water generation (AWG) technology to meet domestic water requirements in arid climates. Several of these technologies are applicable to and will likely be incorporated into the Company's proposed land, water, agriculture, and affordable housing development project.

Founded in 1907, Western Sierra Resource Corporation (a Utah corporation), has 116-year history as gold and silver mining company with projects in Arizona, Nevada, California, and Mexico. The Company's mission objective has been adapted to grow as a multifaceted, natural resource company with its focus on innovative methodologies for conservation, restoration, preservation, and beneficial use of water, land, agriculture, minerals, and energy.

True to this mission, in September 2022, the Company acquired 100% of Mitigation Solutions, LLC (MSL), now a wholly owned subsidiary of WSRC. With the acquisition of MSL by WSRC, MSL's Principals have joined the WSRC management team. Scott Hastings was appointed to the WSRC Board of Directors and became its Chief Operating Officer. Jeff H. Jones was named Special Advisor to the WSRC Board of Directors. MSL's Principals and team members bring a combined 200 years of disaster response/relief, mitigation, and restoration experience to the Company. MSL has, since September 2022, successfully contracted, and initiated the 7-10 year, $1.5 - $2 Billion Twitchell Dam and Reservoir Mitigation Project in Santa Barbara County, CA, which has commenced under the Federal Declaration.

Forward Looking Statements:
This release includes 'forward-looking statements' within the meaning of Section 27A of the Securities Act of 1933, as amended, and Section 21E of the Securities Exchange Act of 1934. Such statements include any that may predict, forecast, indicate, or imply future results, performance. or achievements, and may contain the words 'estimate', 'project', 'intend', 'forecast', 'anticipate', 'plan', 'planning', 'expect', 'believe', 'likely', 'should', 'could', 'would', 'may' or similar words or expressions. Such statements are not guarantees of future performance and are subject to risks and uncertainties that could cause the company's actual results and financial position to differ materially from those in such statements, which involve risks and uncertainties, including those relating to the Company's ability to grow. Actual results may differ materially from those predicted and any reported should not be considered an indication of future performance. Potential risks and uncertainties include the Company's operating history and resources, together with all usual and common economic, competitive, and equity market conditions / risks. 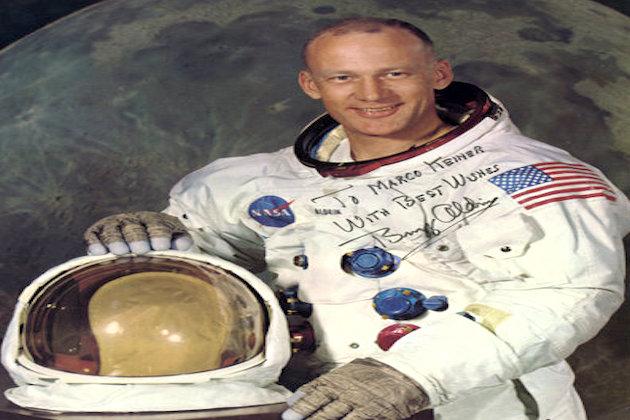 LOS ANGELES, California: Astronaut Edwin "Buzz" Aldrin, the second person to set foot on the moon, announced on Facebook that ...

Buffalo Bills linebacker Matt Milano has been named to the AFC roster for the upcoming Pro Bowl Games, the team ... 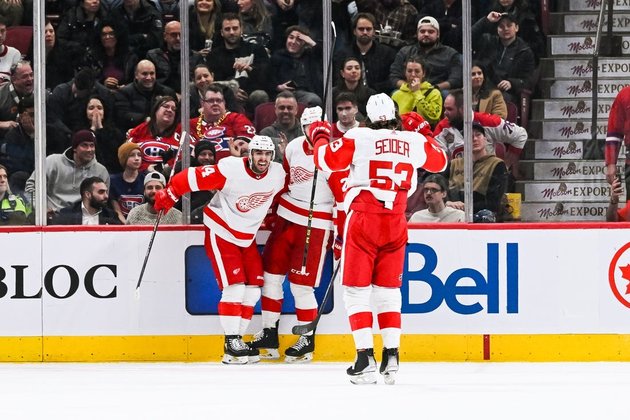 The Detroit Red Wings and New York Islanders enter the final weekend before the NHL All-Star break in the same ... 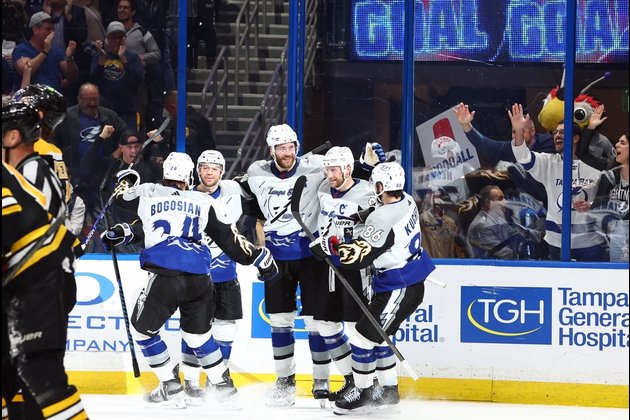 Nikita Kucherov had a goal and two assists, including one on Victor Hedman's game-winning tally, as the Tampa Bay Lightning ...

France military ordered out of Burkina Faso in west Africa

OUAGADOUGOU, Burkina Faso: As Burkina Faso, in western Africa, faces an Islamist insurgency, it is set to end a military ...

As births continue to fall, Japan seeks incentives for parents

TOKYO, Japan: Japanese Prime minister Fumio Kishida said this week that it was "now or never" for Japan, one of ...

US moving towards offering annual Covid vaccines to most Americans

WASHINGTON D.C.: As part of its efforts to simplify the national COVID-19 vaccine strategy, the US Food and Drug Administration ...

WASHINGTON D.C.: US authorities said this week that a surge in Cubans and Nicaraguans arriving at the US border with ...