The $194,714 increase in net interest income for the third quarter of 2019 occurred primarily because our interest income increased by $338,122, while our cost of funds increased by $143,408. The rise in interest income resulted from a $338,520 increase in income from loans. The year to year increase in income on loans was principally due to the growth of $28.2 million in the average loan portfolio between the periods. Loans, our highest yielding asset category, increased from 35.7% of earning assets in the 2018 quarter to 42.5% of earning assets in the 2019 quarter. The volume increase was partially offset by a 20 basis point decrease in average loan yields between the periods, as we booked new loans at lower rates due to a more competitive environment. The average balance of loans increased as the purchase of loan participations added to our new loan originations. Income from investment securities decreased by $54,542. The average balance of investment securities decreased by $27.0 million, as we deployed the cash flow from lower-yielding investments into higher-yielding loans. The average investment yields between the periods increased by 4 basis point.

The $143,408 increase in interest expense was principally due to a $84,064 increase in interest on NOW accounts, as the average cost increased by 43 basis points while the average balance between periods increased by $8.3 million; a $22,494 increase in the cost of time accounts, due primarily to a 21 basis point increase in average cost while the average balance between periods decreased by $1.9 million and a $64,720 increase in the cost of short term borrowing, due to the $10.3 million in average advances in the third quarter of 2019. The advances were obtained at the end of the second quarter of 2019 to help fund the anticipated withdrawal from a large depositor. We anticipate that this borrowing will be fully repaid in the beginning of the fourth quarter of 2019 using the proceeds of new deposits and regular expected cash flows from investment securities. The rates on time deposits and NOW accounts increased as the Federal Reserve's target federal funds rate previously increased. These increases in deposit costs were partially offset by a $27,096 decrease in interest expense of money market accounts, as the average cost decreased by 11 basis points and the average balance decreased by $9.4 million. Our overall average cost of interest-bearing liabilities increased by 27 basis points. The target fed funds rate was 25 basis points higher for most of the third quarter of 2019 than during the same quarter in 2018, but on September 18, 2019, the Federal Reserve lowered the fed funds rate, which may ease upward pressure on deposit rates.

The margin increased because of a combination of factors. Our average loan portfolio increased by $28.2 million, while our average balance of lower yielding other interest earning assets increased by $7.7 million, and we continue to experience an increase in earnings from assets funded by non-interest bearing demand deposits and capital as our average yield increases. While our current cost of deposits has risen, reductions in the federal funds rate this year should exert downward pressure on average deposit rates despite increased competition.

Non-interest income increased to $665,502 in the third quarter of 2019, compared to $648,416 in the same quarter in 2018. The increase was a result of an increases in service charges on deposits of $96,051, which are inherently volatile, and a $17,403 rise in other income due to increased fee income from our debit card processor. These positive factors were partially offset by a $70,862 decrease in loan fee income, as we collected prepayment income and exit fees on loans that were repaid ahead of maturity in the 2018 period and a $25,506 decrease in net rental income as we collected accelerated rent on a terminated lease in 2018, neither of which occurred to the same extent in the 2019 quarter.

Comparing the third quarter of 2019 with the same quarter in 2018, non-interest expense decreased by $94,018, totaling $2.6 million for the third quarter of 2019. Non-interest expense decreased for various business reasons including a $152,473 decrease in computer expenses due to one-time charges associated with our core system conversion in August 2018 and a $64,509 decrease in other expenses for various reasons including decreased franchise tax and ATM fees. These decreases were partially offset by an $112,814 increase in occupancy expenses due principally to the adoption of the new ASC 842 lease accounting standard for our bank branches and increased occupancy expenses for our new branch in Meiers Corners. We also had a $26,290 increase in legal fees due to increased collection costs.

Total assets increased to $375.7 million at September 30, 2019, an increase of $1.9 million, or 0.5%, from December 31, 2018. The significant component of this increase was a $29.1 million net increase in loans, or 22.7%, a $9.5 million increase in cash and interest bearing bank balances, and a $6.0 million increase in bank premises and equipment due to the adoption of the new lease accounting standard and the construction of our new branch. Our non-performing loans increased to $2.2 million at September 30, 2019 from $861,727 at year end 2018, due the migration of five loan relationships to non-accrual. Four of the five are making payments in accordance with their stipulations under modified terms and conditions. We owned no OREO at September 30, 2019. Total deposits, including escrow deposits, decreased to $325.3 million, a decrease of $11.1 million, or 3.3%, during 2019. The decrease was primarily attributable to decreases of $8.2 million in demand and checking deposits, a $9.3 million decrease in money market accounts and a $1.2 million decrease in time deposits, partially offset by an $7.8 million increase in NOW accounts.

The increase in non-interest expense of $397,561 was due primarily to (i) a $307,948 increase in occupancy expenses due primarily to the adoption of the new lease accounting standard; (ii) a $234,142 increase in salary and benefit costs due to a higher level of staff; and (iii) a $39,755 increase in legal expenses due to increased collection costs. The increases were partially offset by a $165,076 decrease in other expenses principally due to increased deferred loan costs, franchise taxes and reduced ATM fees. The net interest margin increased by 7 basis points to 3.34% for the nine months ended September 30, 2019 from 3.27% in the same period in 2018, as the average balance of our loan portfolio grew by $18.5 million or 14.1%, The average balance of other interest earning assets increased by $11.1 million with the associated yield growing by 52 basis points during the periods. Average interest earning assets for the nine months ended September 30, 2019 increased by $20.4 million, or 5.8%, from the same period in 2018.

Raffaele (Ralph) M. Branca, VSB Bancorp, Inc.'s President and CEO, stated, 'We have shown growth in our net interest income. We are now paying income taxes at the state and local level, which required the Bank to recognize a deferred tax asset as well as the recapture of the deferred tax allowance that we established in 2017.' Joseph J. LiBassi, VSB Bancorp, Inc.'s Chairman, stated, 'We have opened our sixth branch this quarter, in Meiers Corners. This will increase our reach and provide us another outlet to deliver our unique brand of personal service. We continue to build value for our stockholders, and our book value per share is now at $20.60.'

This release contains forward-looking statements that are subject to risks and uncertainties. Such risks and uncertainties may include but are not necessarily limited to adverse changes in local, regional or national economic conditions, fluctuations in market interest rates, changes in laws or government regulations, weaknesses of other financial institutions, changes in customer preferences, and changes in competition within our market area. When used in this release or in any other written or oral statements by the Company or its directors, officers or employees, words or phrases such as 'will result in,' 'management expects that,' 'will continue,' 'is anticipated,' 'estimate,' 'projected,' or similar expressions, and other terms used to describe future events, are intended to identify 'forward-looking statements' within the meaning of the Private Securities Litigation Reform Act of 1995 ('PSLRA'). Readers should not place undue reliance on the forward-looking statements, which reflect management's view only as of the date of the statement. The Company undertakes no obligation to publicly revise these forward-looking statements to reflect subsequent events or circumstances. This statement is included for the express purpose of protecting the Company under the PSLRA's safe harbor provisions.

WASHINGTON, DC The man who struck down three U.S. Capitol Police officers with a fire extinguisher during last week's storming ...

New York City, U.S. President Donald Trump's hometown, says it will cancel all contracts with his business organization because of ...

On January 11, 2021, in his final days before leaving office, Secretary of State Mike Pompeo added one parting blow ... 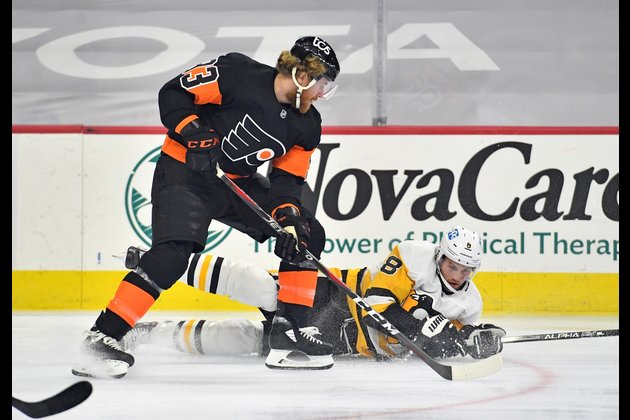 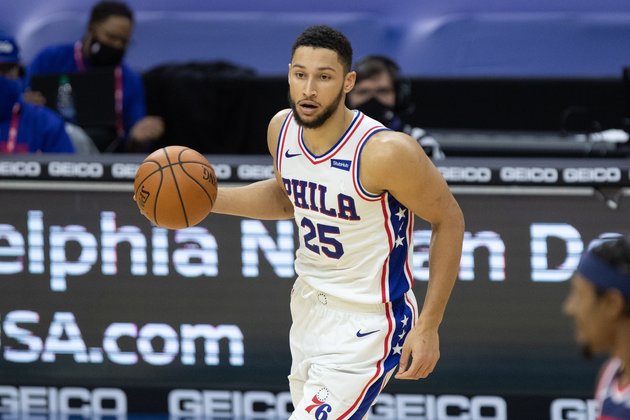 The Philadelphia 76ers will be searching for their third consecutive victory when they visit the Memphis Grizzlies on Saturday. The ... 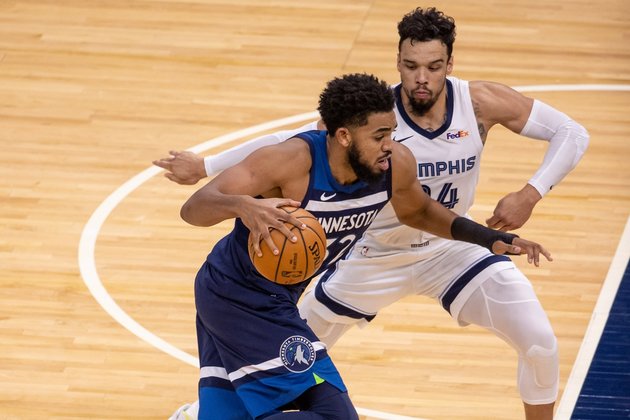 Minnesota Timberwolves star Karl-Anthony Towns announced Friday that he has tested positive for COVID-19. His announcement came shortly after the ...

WASHINGTON, DC The man who struck down three U.S. Capitol Police officers with a fire extinguisher during last week's storming ...

WASHINGTON, DC - A Utah man has been charged with breaking into the U.S. Capitol last week wearing a bullet-proof ...

Provided by Xinhua | &A 6.2-magnitude earthquake has killed 35 people in Indonesia, injuring 637 and displacing around 15,000 people.JAKARTA, ...

Four dead, many injured after UN peacekeepers ambushed in Mali

Five United Nations peacekeepers lost their lives on Wednesday, 4 in Mali and one in the Central African Republic. 4 ...

BEIJING, China - A team of 10 World Health Organisation (WHO) experts arrived in Wuhan on Thursday to investigate the ...

WASHINGTON, DC - U.S. President Donald Trump on Wednesday became the second U.S. president in history to be impeached.Democrats were ...